More Metrics for a Post-christendom Congregation: multiple paths to “citizenship” 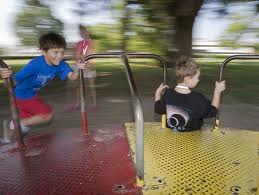 I’ve been talking to multiple congregations as of late concerning how new members came to join their church. In nearly every case (limited sample), new members belonged to another congregation before joining. That is, they were informed consumers (used in as non-perjorative a sense as possible). They already knew what it meant to be a member of a congregation and they knew what kinds of things they were looking for in a new church. Not surprisingly, they were looking for friendly people, good worship, and, in some cases, programs for their kids.

Most of the new members interviewed received little help in making their decision. Churches often assume that visitors know how to make their way and can make inferences and connections about the meaning of Christian rituals and other such things all on their own.

I asked one group of new members if they needed more help figuring things out. They responded that that might have been nice, but they didn’t really require it. This same group, however, also reported that their involvement at church past Sunday morning attendance was minimal. They knew that they could join ministries and were confident they could figure out how, but had not to this point taken the initiative. They were content with the rather passive processes in place and the rather low expectations that went along with that.

I asked this same group of experienced church consumers if they had no church background whatsoever if they would have had enough help to join the congregation. It was clear to them that this would not be the case, that people with little familiarity with how congregations work might very well be overwhelmed or feel out of place.

I kind of have this image in mind. The church in worship is like a spinning merry-go-round on a school’s playground. Most churches expect that visitors can run alongside until they find a place to grab and jump on. Others know to stop the merry-go-round from time to time to make joining easier. This is only part of the story, however.

Here’s the deal. Some of our congregations do well orienting visitors to congregational life. Others not so much. But all of them seem to assume that the way one becomes a member is through visiting on Sunday mornings.

So, here’s the metric. Are people finding their way into congregational life in some other way than visiting on Sunday mornings.

I was with my friend, Kim Seidman, a few weeks ago. She’s an episcopal priest who gets regular reports on membership from her diocese and the number she always looks for as a sign of vitality is adult baptisms. These are people who are joining in some way other than the rather passive, high context, processes reflective of transfer growth.

Robert Webber, in his book Ancient/Future Evangelism, shows that the path to becoming a Christian used to be believe/behave/belong. The burdens of belief, however, in a scientific, post-Christendom era are significant and are now often the last thing that gets settled for people coming to faith. I think the opposite progression may now be more the norm: belong/behave/believe. It is less and less likely that congregations will grow significantly through receiving ready made Christians who show up at your door on Sunday mornings.

Do you have stories of members whose path to “citizenship” is other than visiting on Sunday mornings?

I am the Director of the Resource Center for Missional Leadership at Rochester College. Part of my job includes directing a master's degree in missional leadership, a situated learning degree. I am married to Donna and have a son, Josh Love, who lives in Portland, OR. With Donna, I have also inherited three great daughters and three amazing granddaughters.
View all posts by Mark Love →
This entry was posted in Christian practice, missional leadership, Uncategorized and tagged joining, leadership, missional church, post-Christendom metrics, Robbert Webber. Bookmark the permalink.

7 Responses to More Metrics for a Post-christendom Congregation: multiple paths to “citizenship”